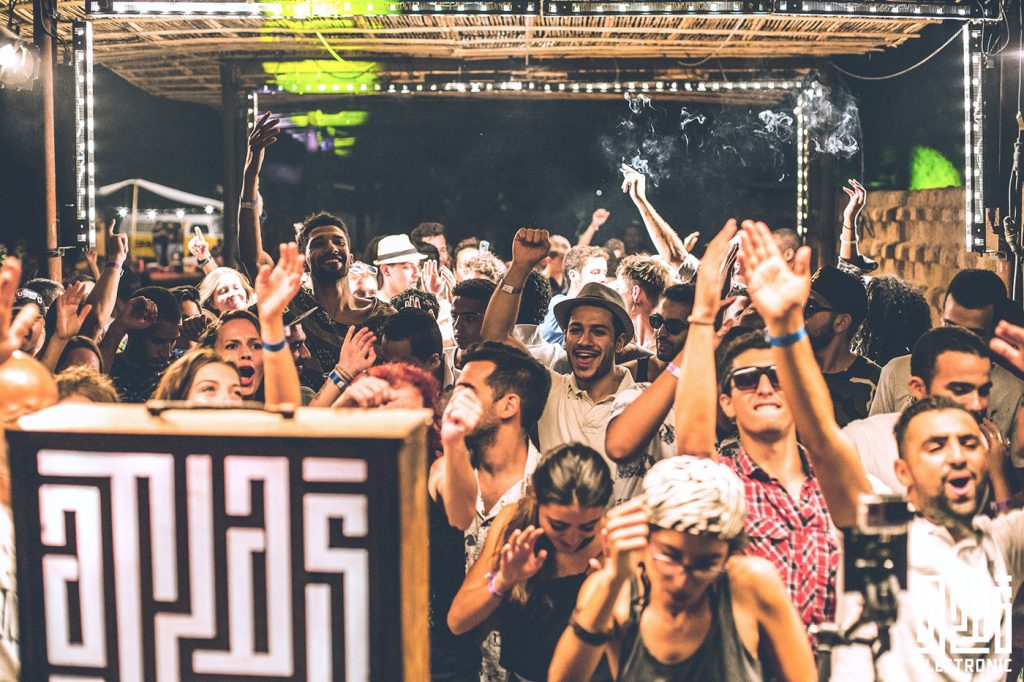 Atlas Electronic returns to Marrakech on August 24—27 with an expanded lineup of international DJs, live acts, local musicians and a series of unique collaborations commissioned exclusively for the festival. This year’s headliners include Eglo boss Floating Points, the enigmatic Ben UFO and shapeshifting Midland, Running Back head honcho Gerd Janson, Ukrainian export Vakula, and Panorama Bar resident Tama Sumo, all fine selectors known for integrating an extraordinary range of music into their sets. Then there’s UK duo Bicep and Holland’s own Detroit Swindle, two formidable DJ acts that will bring the party to Villa Janna.

Expecting the finest in disco, house, techno and other dance music styles from the West is a given. But we’re in Africa, which is why at Atlas Electronic you’ll be exposed to a rich blend of traditional Gnawa music from groups like Maalem Houssam Gania (who played last year with James Holden), Arabic funk, Ghanaian hip-house from Ata Kak and up to date selections from a range of taste-making Moroccan DJs. Oriental-electronic crossover act Jugurtha will be returning, whilst middle-eastern fusion act Khidja, multi-instrumentalist Cengiz Arslanpay and twice upon a time’s Lounes from Strange Sounds From Beyond will all contribute to the cross-cultural experience central to Atlas Electronic.

Thursday’s opening concert in the breathtaking amphitheater will be an unmissable event full of live performances featuring Gnawa musicians. Hieroglyphic Being will play with local artist Youssef Chegra, whilst Dutch Pan-African DJ Philou Louzolo is teaming up with wedding troupe Groupe Bana—who stole the show last year. Ancestral Soul King Boddhi Satva from the Central African Republic and Maalem Hammam will present their 2015 studio collaboration for the very first time. Fatima Yamaha will also perform one of his revered live shows. In addition to the main program, there will be plenty of opportunities to catch ad hoc collaborations and improvised sets throughout the weekend on the Red Light Radio rooftop, the ideal spot to survey the stunning scenery and spectacular sunsets.

Atlas Electronic is so much more than a festival, it’s a unique holiday too. You can now book packages which include accommodation and a huge variety of travel excursions. As part of the Atlas Experience, we’re offering on-site luxury camping, breakfast and yoga sessions. You can also make cultural day trips to Marrakech and neighboring Essaouira. The more intrepid visitor can head up to the Atlas Mountain range, visit the Ourika and Berikan Valleys, the grand Ouzoud Waterfalls, or the red city of Ouarzazate—the gateway to the Sahara Desert. Jump on a quad bike, or survey the land from above in a hot air balloon! There’s plenty to see, do, explore. The Atlas Electronic adventure begins now.