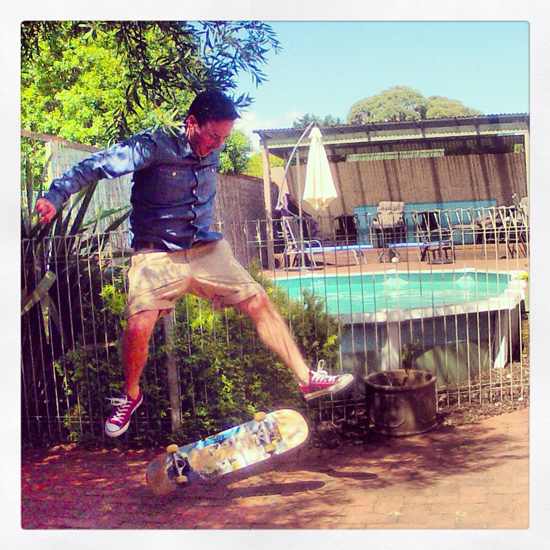 Wez Champion started his relationship with dance music in the early 90’s going to clubs and rave parties weekly to see his favourite local and international dj’s rock the dance floors in his hometown of Melbourne.
It was the start of 2000 he got a job in his local record shop (Dance Arena) when he scraped together the cash to buy decks and a mixer and started to practice every night.
2001 was the year he got invited by a fellow dj friend Christian Biko, to play a full moon party on Magnetic Island in the north of Australia, playing house music all night long on the beach which was one of the best nights of his life.
In 2002 he decided to pack his bags and go OS to live in Newcastle in the north of England, where he played in a bar called the Salsa Club, playing disco and deep soulful house.

When he got back to Melbourne at the end of 2006, he was asked if he would be interested to play next to Martin Solveig on New Years Eve on Magnetic Island, which naturally he jumped at the opportunity and this equally became another best night of his life.
In the last years Wez has played alongside Black Coffee, Culoe De Song and Cyndo & Bongs and DJ JRed.
He has played in various bars around Melbourne town and interstate and overseas (The wool shed, Base, Loop, Rose Diner, First Floor, Phoenix, Revolver, The johnston, St judes cellers, Panama Bar & Rice Queen, Cocoon (Bali).. etc etc playing Funk to hip hop to deep to disco to soulful to Techno….

Check out the love