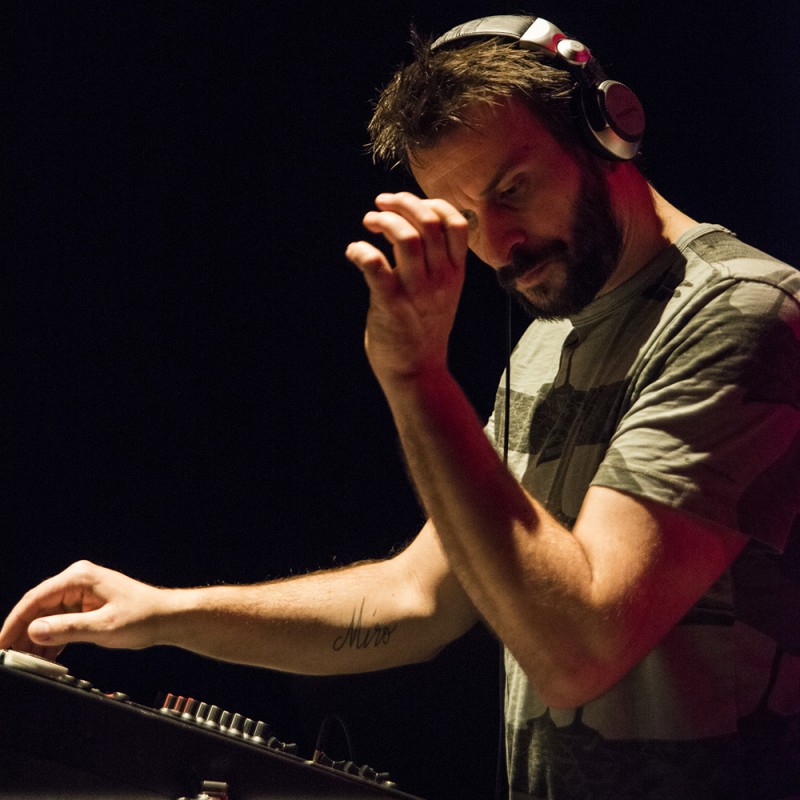 Born & raised by the sea in Ostend, Dick comes from a musical home where the radio played day & night. As a teenager in the 90’s he started playing the drums and taking care of music in different local bars in his hometown.
Growing up on Rock, Pop, Funk, Soul, Disco, Hiphop & 90’s stuff, he falls in love with the Acid Jazz movement.
In 1999 he moves to Gent where he becomes a resident dj at “De Vooruit”, “Sous-Sol”, “World’s End” and plays occasionally at different parties all around.
With a couple of very good record stores & fairs in town, his music collection grows daily into an eclectic and groovy archive, with a big section of Jazz from the 50’s till the mid 70’s.
8 years later he plays as a resident at “De Republiek” in Bruges, where he meets a fantastic girl who will become his wife a couple of years later!
At the age of 32 he moves to Bruges…Keeps being a resident dj, becoming a dad & starts making radio at Villa Bota…first with InSein, then Collectiq and later his own Mo’Jazz radioshow.
Recently he started doing a new radioshow called Groovy Voodoo Jesus.
In his new hometown he becomes one of the new residents of “Under D Ground”, “Kook Eet”, “Jazz Brugge”, “Werf” concerts, “Cactus Festival” and “Jazz In The Box” in Bredene.
Being active making radio at Villa Bota for almost 5 years and supporting the (local) Jazz scene, he has found a new family within The New Jazz Collective (TNJC), the Mixcloud community, his music loving brothers & sisters and now into NESS Radio!
From A Groovy Point Of View!