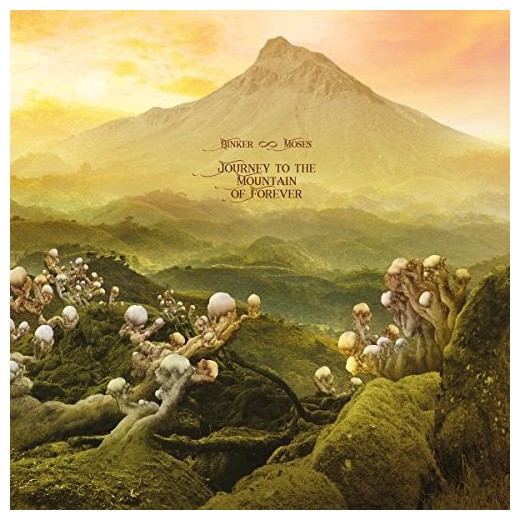 Wayward music should always be celebrated. It shakes us up and keeps us going. But this is not the only reason we should talk about the second album of Binker and Moses, mystically called Journey To The Mountain Of Forever. It’s just really bloody good.

Think jazz and then forget about it. When Binker Golding and Moses Boyd came out with Dem Ones in 2015, they took the UK music scene by surprise with only one sax and one drum set. Their stripped to the bone musicality gave the world seven intense duels/duets. Could there be more?

Well, hell yes. Last June, Gearbox Records unleashed Journey to the Mountain of Forever. A story album on two discs, recorded completely live. No edits, drop-ins or mixing. Just utter spirituality, with hints of Coltrane, afrobeat and a sultry Caribbean carnival. This is the stuff of dreams – which may explain the artwork, reminiscent of phantasy games like Might and Magic.

Let’s play. In two parts, the album takes you from The Realm Of Now to The Realm Of The Infinite. The journey starts with six pieces featuring only Binker and Moses. Without technical braggadocio, this is a showcase of true talent hitting you straight in the gut.

After an epic finale you enter part two. Here, the duo is joined by fellow Londoners like Sarathy Korwar on tablas and Yussef Dayes on drums. (Yes, that’s Yussef Dayes from Yussef Kamaal!). It makes for a ultragroovy opener called The Valley Of The Ultra Blacks.

And then a harp kicks in! The world needs more harp. Especially when played by Tori Handsley. And more especially with screeching cymbals in the background. Or what is that sound, really? Once again, the album takes you off your feet, preparing you for even a touch of free jazz: Binker Golding (20-something) versus Evan Parker (73) in The Voice Of Besbunu. Hypnotising.

This album is a breathtaking journey, every step down the road. Pack your bags and head off to The Mountain Of Forever.